The S Word: Stanislavsky and the Contemporary Theatre

The S Word is a research project that explores the influence and legacy of Konstantin Stanislavsky’s work and teaching by encouraging the participation of academics and practitioners, students, teachers, and enthusiasts.

Its inaugural event – Stanislavski and the Future of Acting – was held at Rose Bruford College of Theatre and Performance (UK) in March 2016. In March 2017 a second event -Merging Methodologies- was hosted by DAMU Theatre Academy in Prague (Czech Republic) which was followed up by the event ‘A Practical Acting Laboratory’ in April 2018 at The University of California Riverside. In April 2018, The S Word symposium ‘Stanislavski in Context’ was held at the Valetta Campus of The University of Malta and was followed by ‘Beyond Brecht: Contradiction as a Method’ in Prague in November 2019. Events for 2020 are already being planned in the UK and in 2021 in Australia and Poland. 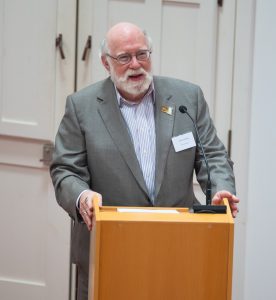