The Trembling Giant as Hyperobject

The Trembling Giant (2018, 19 min 34 sec) is an experimental nature documentary. It remediates the landscape of the American south-west by filming through the take-up reel of the projector. While we do not see the 16mm films playing on the projector, they, nonetheless, leave their trace as their passage through the mechanism warps the space in front of the camera, much as their soundtracks warp our reading of the landscape. 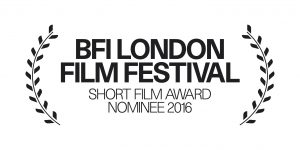 The Trembling Giant takes its name from a clonal colony of quaking aspen tree in Fish Lake Utah which, having survived for sixty thousand years, is now threatened by human interference. Thought to be the largest living organism in the world, this aspen colony is also known as Pando (Latin for ‘I Spread’) and is capable of putting up genetically identical stems from its single, vast root system. The bark of the quaking aspen tree provides one of the 38 Bach flower remedies and is thought to be the cure for any fear whose cause can’t be named.

This refereed publication on Screenworks.org.uk consists of the 20 minute film, The Trembling Giant, plus a 3000 word exegesis. This film was nominated for Best Short Film at the 2016 London Film Festival.

The Trembling Giant as Hyperobject